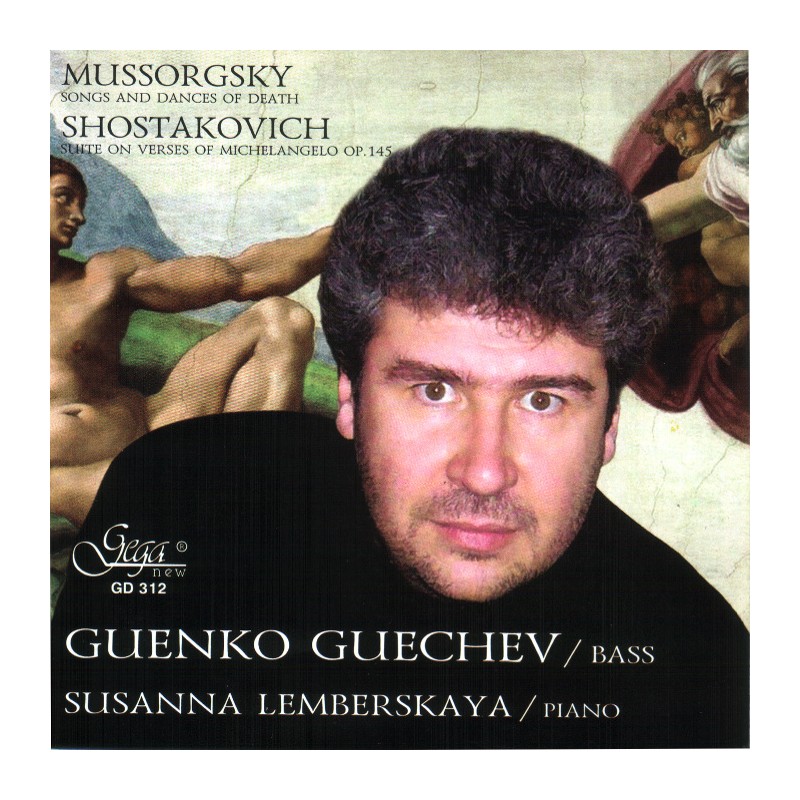 Bulgaria is famous for its opera singers, who have a successful career worldwide. Guenko Guechev is one of the more recent bass singers; he appears both in opera productions and in chamber music performances.
Guenko Guechev was born in Stara Zagora, Bulgaria. He received his Bachelor’s and Master’s Degree in Performance from the Prof. Pancho Vladigerov State Conservatory of Music in Sofia. He was a student of Professor Resa Koleva. After graduation, he continued his vocal study with the renowned Professor Sergei Afanasiev at the Tchaikovsky Conservatory in Moscow. Currently, he lives in the USA. He is the Director of Education of the Baltimore, Maryland based Inter-Atlantic Music Foundation and also the Artistic Director of the “Puldin International Voice Competition”. He made his US opera debut in Verdi’s Rigoletto with the Pittsburgh Opera in 1999. He has appeared internationally in nearly 1000 opera performances. In Bulgaria he has performed in Sofia Plovdiv, Varna, Stara Zagora, and in Europe (Austria, Germany, Switzerland, France, Holland, etc.) he has sung principal bass roles in productions of Il Trovatore, La Boheme, Tosca, La Traviata, Un ballo in Maschera, etc.
If you want to learn more about Bulgaria, please, visit www.tour4fun.info .

MODEST MUSSORGSKY
Songs and Dances of Death
[1]Lullaby 4’54’’
[2]Serenade 4’27’’
[3]Trepak 5’09’’
[4]TheFieldMarshal 5’52’’
DMITRI SHOSTAKOVICH
Suite on Verses of Michelangelo Buonarroti, op. 145
[5]Truth 3’32’’
[6]Morning 2’36’’
[7] Love 3’48’’
[8] Separation 1’54’’
[9] Anger 1’28’’
[10] Dante, To the Exile 6’09’’
[11] Creativity 2’50’’
[12] Night 3’12’’
[13] Death 4’22’’
[14] Immortality 3’11’’
DDD 53’29’’
Susanna Lemberskaya, who accompanies the present program on the piano, was born in the former Soviet Union in the family of a famous violin professor. She graduated from the School of Gifted Children in Odessa (Ukraine) concentrating in piano, and also from the Conservatory in St. Petersburg. From the beginning of her career Susanna has always worked in the genre of opera.
She has worked with renowned composers and musicians: Dmitri Shostakovich, Mstislav Rostropovich, Yuri Temirkanov, Mark Ermler, Elena Obraztsova, Vladimir Atlantov, Evgeny Nesterenko, etc. Since 1975 she has been living in the USA. She worked until 2001 as the head vocal coach and assistant conductor with the San Francisco War Memorial Opera House. Ms Lemberskaya has worked with some of the world’s best singers in preparation for their roles in the opera houses of the world: Mirella Freni, Nicolai Ghiaurov, Luciano Pavarotti, Placido Domingo, etc. She has also worked with and played under some of the finest conductors in the world such as: Daniel Barenboim, Zubin Mehta, etc. Currently, she is the principle coach at the Pittsburgh Opera.
Guenko Guechev’s and Susanna Lemberskaya’s wide experience in performing was of great importance for them in preparing the present program’s recording of two vocal cycles composed in different periods of the development of Russian music, which is altogether a difficult challenge for every artist.

The cultural wealth of Bulgaria is suggested by the number and quality of singers who have achieved international stature. We are pleased to present some of them here - The Bulgaria Opera Miracle - www.tour4fun.info .