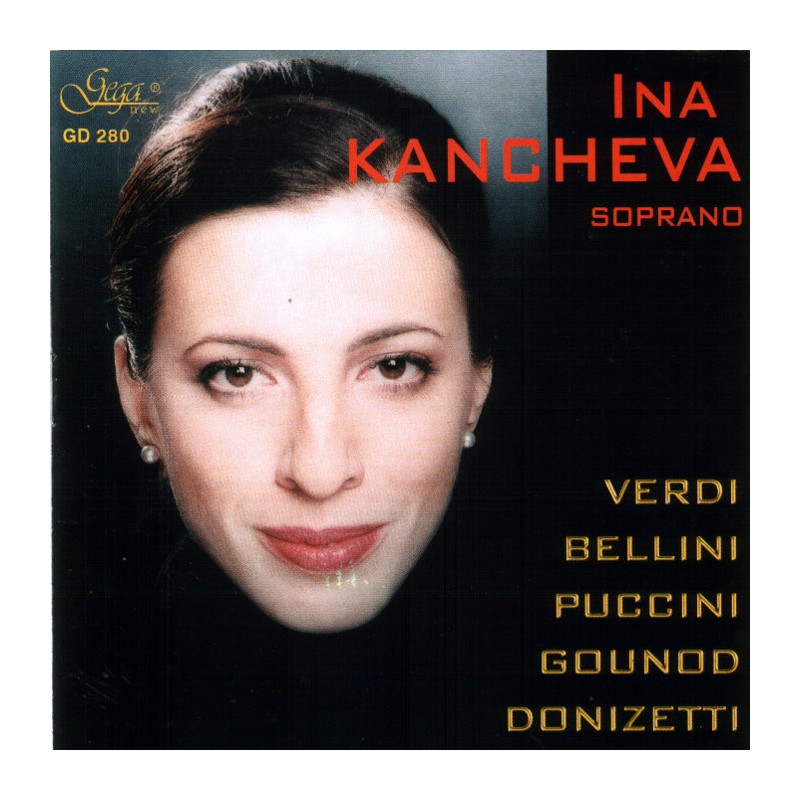 At the time when the great opera singer Montserrat Caballe had a concert-recital in Sofia, she chose to present to the audience one of her students - the young singer Ina Kancheva. This was not only an indication of politeness to the host country. Ina Kancheva's performance was brilliant and she proved to be a worthy partner to her world-famous teacher. Ina Kancheva was born in Sofia and while still a child, she showed a talent for singing (between 1986 and 1994 she was member and soloist of the Bulgarian National Radio Children's Choir). In 1996-2000 she was a student at the Pancho Vladigerov State Academy of Music in Sofia, in Associate Professor Jasmina Kostova's class. In the 1997-1998 period she specialized at the European Opera Centre in Manchester. Since the year 2000 she has been a regular participant in Montserrat Caballe's master classes in Andorra, and since 2001 she has been working with Raina Kabaivanska. Ina Kancheva has taken part in a number of prestigious international festivals, in numerous gala concerts and opera performances in Bulgaria and throughout the world. She has performed on the opera stages of Stara Zagora, Varna, Plovdiv, Andorra, Sarajevo, Skopje, Madrid, etc. She has been constantly enriching her repertoire and currently it includes many of the major soprano parts along with some rarely performed parts in works like Carl Orff's Carmina Burana and Sergei Rachmaninoff's The Bells.